Provides research, coaching, strategy and organizational development consulting and learning experiences to promote diversity, equity and inclusion for organizations and their leaders worldwide.

Provided executive leadership to a membership network of women’s colleges and universities in the United States and Canada devoted to transformational higher education and success of women in the world:

• Led board of directors in setting new strategic direction focused on new media & communications strategy, increasing member engagement, and developing a new business model for future sustainability of the organization.

• Presentations at national, international, and college-based events on the value and relevance of women’s colleges today.

Led the largest philanthropic network of women’s funds and foundations devoted exclusively improving the lives of women and girls around the globe:

• Increased membership by 25% in two years.

• Achieved 500% increase in social media following because of new communications products and strategies, including the launch of a new website.

• Leveraged a $300K grant award to create the Partnership for Women’s Prosperity (PWP), a $3 million national initiative on women’s economic security led by WFN member foundations that created training and education for 14,000 women across the United States.

• Led a major board development and strategic planning process that expanded G-CAPP’s platform and influence across the state.

• In first year, raised $130,000 to support the establishment of the policy office. Initiated the creation of the GCAPP Adolescent Services Network (ASN) to provide a forum for adolescent service providers in metro Atlanta to collaborate on service coordination strategies and establish an annual advocacy agenda for adolescent health and wellness issues.

• Successfully advocated for creating a new network of residential homes for teenage mothers in foster care that resulted in $2.4 million funding from the state of Georgia  to establish 7 Second Chance Homes, a threefold increase in the number of beds for homeless teenage mothers and their babies in the state.

• Increased the adolescent health budget from $3.5 million to $11 million.

• Directed the creation of the Teen Plus Initiative which established 27 teen health clinics throughout Georgia.

• Analyzed socio-economic trends as basis for policy recommendations for after school care for early adolescents.

• Edited quarterly newsletter, produced a technical series, “Getting Started,” a how-to guide for after school programs for school-age children.

• Wrote proposal resulting in $250,000 grant award from state Department of Labor to fund the implementation of skills training and job placement.

• Instructor in organizational dynamics in the School of Labor Relations. 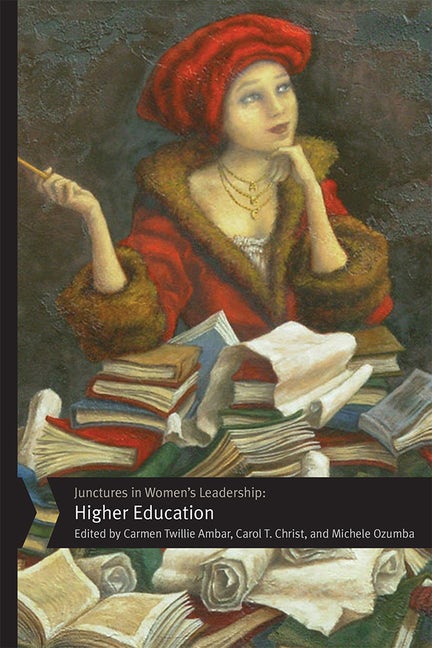 Junctures in Women's Leadership: Higher Education illuminates the careers of twelve women leaders whose experiences reveal the complexities of contemporary academic leadership through the intersection of gender, race, and institutional culture. The chapters combine interviews and research to create distinct case studies that identify the obstacles that challenged each woman's leadership, and the strategies deployed to bring about resolution. The research presented in this volume reveals not only theoretical factors of academic leadership, but also real time dynamics that give the reader deeper insights into the multiple stakeholders and situations that require nimble, relationship-based leadership, in addition to intellectual competency. With chapters written by many of today's leading women in higher education, this book brings into sharp focus the unique attributes of women leaders in the academy and adds a new dimension of analysis to the field of women’s leadership studies. Women leaders interviewed in this volume include Bernice Sandler, Juliet Villarreal García, and Johnnetta Betsch Cole.